What is Gluten Free?

I asked this question myself a little over a year ago. It was the best decision I ever made when I chose to research on this subject. Gluten free is simply eliminating from your diet all possible contact with the protein gluten. A gluten-free diet is a diet that excludes foods containing gluten. Gluten is a protein found in wheat (including kamut and spelt), barley, rye, malts, and triticale. It is used as a food additive in the form of a flavoring, stabilizing, or thickening agent, often as "dextrin". A gluten-free diet is the only medically accepted treatment for celiac disease, the related condition dermatitis herpetiformis, and wheat allergy.

A gluten-free diet might also exclude oats. Medical practitioners are divided on whether oats are an allergen to celiac disease sufferers  or whether they become cross-contaminated in milling facilities by other allergens.Oats may also be contaminated when grown in rotation with wheat when wheat seeds from the previous harvest sprout up the next season in the oat field and are harvested along with the oats. Oats personally bother me if eaten more than once a month.
The term gluten-free generally is used to indicate a supposedly harmless level of gluten rather than a complete absence. The exact level at which gluten is harmless for people with celiac disease is uncertain and controversial. A 2008 systematic review tentatively concluded that consumption of less than 10 mg of gluten per day for celiac disease patients is unlikely to cause histological abnormalities, although it noted that few reliable studies had been conducted.
Regulation of the label, gluten-free, varies widely by country. In the United States, the FDA issued proposed regulations in 2007 limiting the use of "gluten-free" in food products to those with less than 20 parts per million of gluten. The current international Codex Alimentarius standard allows for 20 parts per million of gluten in so-called "gluten-free" foods. There is at least one website with a table containing information on "gluten-free" food manufacturers and the gluten-parts-per-million levels to which each of those manufacturers tests. 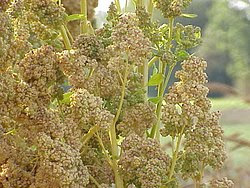 Quinoa is a grain that is gluten-free
Several grains and starch sources are considered acceptable for a gluten-free diet. The most frequently used are corn, potatoes, rice, and tapioca (derived from cassava). Other grains and starch sources generally considered suitable for gluten-free diets include amaranth, arrowroot, millet, montina, lupin, quinoa, sorghum (jowar), taro, teff, chia seed, and yam. Sometimes various types of bean, soybean, and nut flours are used in gluten-free products to add protein and dietary fiber.
Almond flour is a low-carbohydrate alternative to flour, which has a low glycemic index. In spite of its name, buckwheat is not related to wheat. Pure buckwheat is considered acceptable for a gluten-free diet, however, many commercial buckwheat products are mixtures of wheat and buckwheat flours, and thus, not gluten-free. Gram flour, derived from chickpeas, also is gluten-free (this is not the same as Graham flour made from wheat). 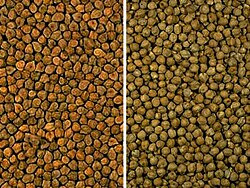 Chickpeas
Gluten may be used in foods in some unexpected ways, for example it may be added as a stabilizing agent or thickener in products such as ice-cream and ketchup.
People wishing to follow a completely gluten-free diet must take into consideration the ingredients of any over-the-counter or prescription medications and vitamins. Also, cosmetics such as lipstick, lip balms, and lip gloss may contain gluten and need to be investigated before use. Glues used on envelopes may also contain gluten.
Most products manufactured for Passover are gluten-free. Exceptions are foods that list matzah as an ingredient, usually in the form of cake meal.

A gluten-free diet allows for fresh fruits, vegetables, meats, and many dairy products. The diet allows rice, corn, soy, potato, tapioca, beans, sorghum, quinoa, millet, pure buckwheat, arrowroot, amaranth, teff, Montina, and nut flours and the diet prohibits the ingestion of wheat, barley, rye, and related components, including triticale, durum, graham, kamut, semolina, spelt, malt, malt flavouring, or malt vinegar.
In the United States, the FDA considers foods containing less than or equal to 20 ppm to be gluten-free, but there is no regulation or law in the U.S. for labeling foods as 'gluten-free'. The finding of a current study indicates that some inherently gluten-free grains, seed, and flours not labeled gluten-free are contaminated with gluten. The consumption of these products can lead to inadvertent gluten intake. The use of highly sensitive assays is mandatory to certify gluten-free food products. The European Union, World Health Organization, and Codex Alimentarius require reliable measurement of the wheat prolamins, gliadins rather than all-wheat proteins.
There still is no general agreement on the analytical method used to measure gluten in ingredients and food products. The official limits described in the Codex Draft are 20 ppm for foodstuffs that are considered naturally gluten-free and 200 ppm for foodstuffs rendered gluten-free. The ELISA method was designed to detect w-gliadins, but it suffered from the setback that it lacked sensitivity for barley prolamins.
Restaurants with gluten-free menus obviously recognize the importance of providing such a service, but those who are gluten-sensitive always must aware that the variety of procedures used in kitchens and grills may allow cross contamination to occur. This especially is the case in buffets where utensils typically are used in different food bowls by customers.

A growing body of evidence suggests that a majority of people with celiac disease and following a gluten-free diet can safely consume pure oats in moderate amounts. Studies have indicated, however, that the commercial oat supply in Canada and other countries is contaminated with other grains.
Special care is necessary when checking product ingredient lists since gluten comes in many forms: vegetable proteins and starch, modified food starch (when derived from wheat instead of maize), malt flavoring, including maltodextrine, dextrine, unless specifically labeled as corn malt. Many ingredients contain wheat or barley derivatives. Dextrose is considered gluten-free, however, since it is highly modified, no matter what the source.Read more about this here:
You can also read more about this at The Gluten Free Goddess.
Posted by Unknown on December 10, 2012 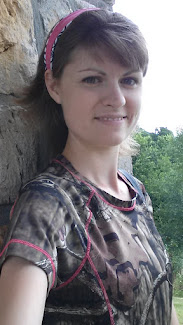 From my home to yours...have a Healthy, Happy, Gluten Free day!

Do you have a question about the Gluten Free diet? From recipes to flour substitutes...ask Em! 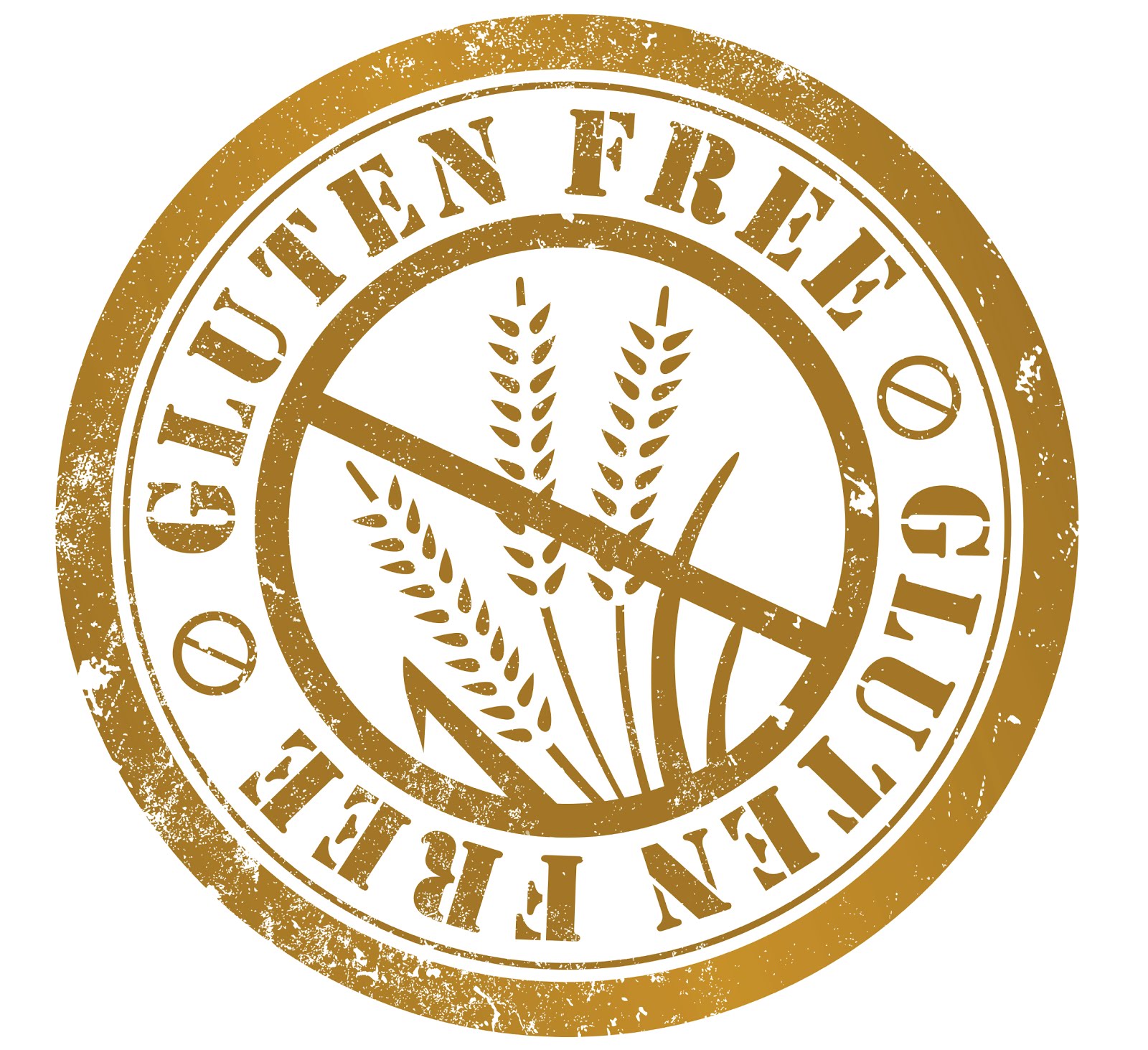 The gluten free lifestyle is hard at first, but rewarding. Don't be overwhelmed. Don't feel negative about yourself. It is a way of life for a lot of us!

I am not a doctor. I am not certified. I am a health freek who has spent years researching and trying new things. I offer first hand experience as well as research to help you reach your health goal. Disclaimer: Everyone is different. What works for some doesn't work for others. All supplements, and remedies should be discussed with your doctor first.

Check out some cool T-Shirt Designs Promoting Awareness to #GlutenSensitivity and #CeliacDisease! 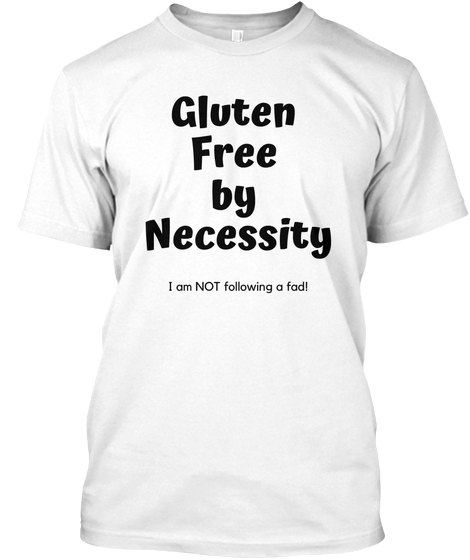 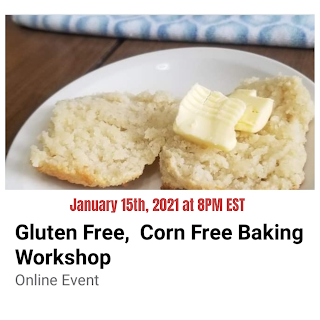